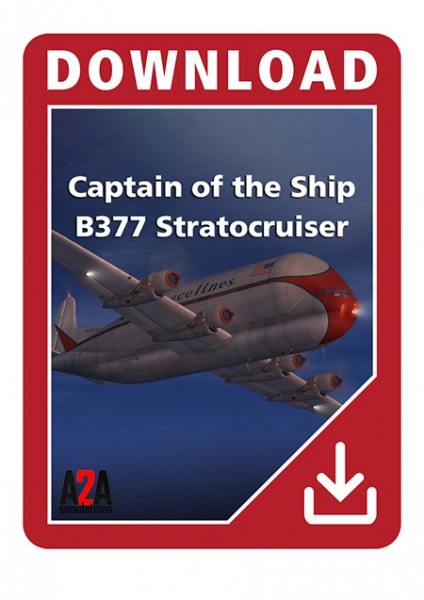 Beschreibung Systemanforderungen
Beschreibung
The A2A Wings of Silver Stratocruiser is unlike any aircraft you have flown in Microsoft Flight... mehr
Menü schließen
Produktinformationen "Captain of the Ship B377 Stratocruiser"