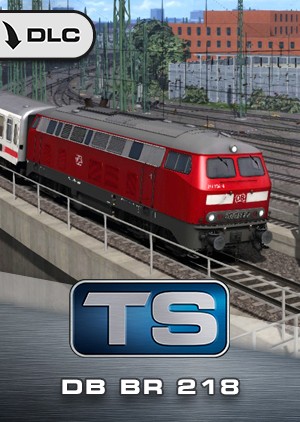 Description System requirements
Description
As the last of the DB V160 family of locomotives, the BR 218 was the backbone of the Deutsche... more
Close menu
Product information "DB BR 218 Loco Add-On"

NS - SLT Sprinter Electric Passenger Train
€13.80 *
Welcome to aerosoft.com!
We use cookies. Some of them are technically necessary (for example for the shopping cart), others help us improve our website and to offer you a better user experience.