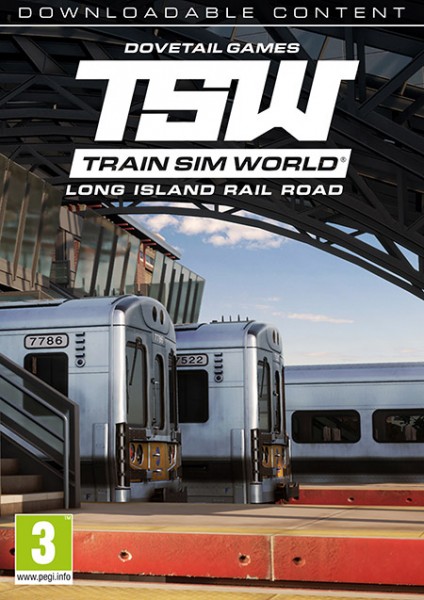 POWER & CAPABILITY
It’s your job to deliver New York area commuters to work – and back home – on time and happy, calling at a total of 26 LIRR stations. Just imagine the excitement and challenges as you navigate LIRR’s always-busy main line and make your way through Jamaica which hosts more than 1,000 trains a day. Whether you’re at the controls of a LIRR M7, riding along, or watching the show from trackside, experience all the sights and sounds of American commuter railroading at its bustling best.

FEEL THE DETAIL
Take the controls of Long Island Rail Road’s workhorse LIRR M7 Electric-Multiple-Unit (EMU), with authentic operating controls and featuring an authentic DC Electric simulation underpinned with expert technical knowledge and real-world data, the performance, sounds and feel has been accurately reproduced to make it feel just like the real thing.

ULTIMATE REALISM
Train Sim World®: Long Island Rail Road caters for players of all ability levels with accessible tutorials for beginners and advanced procedures for experts. Whether you're looking to get started as a railroad engineer or refreshing your expert knowledge, Train Sim World has it covered. Feel the detail as you step into the cab, take control, then live out your dreams exploring the highly detailed and immersive environment of the Long Island Rail Road.

DRIVE, RIDE AND EXPLORE
Choose how you want to play in Train Sim World: Long Island Rail Road. Take control and master modern electric equipment and running-to-time in an extreme rail environment or riding along as a passenger and watching the world go by. Why not watch all the action unfold and capture amazing screenshots or go exploring to hunt down all the hidden collectables? Whatever you choose to do, there's lots to see and experience in Train Sim World: Long Island Rail Road.