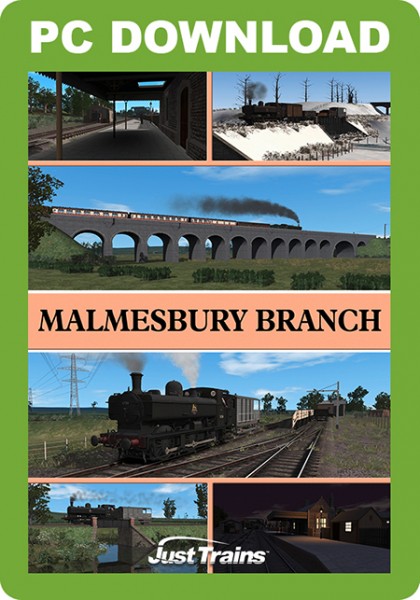 Included with the route is a GWR Diagram AA3 'Toad' brake van - No. 17501 'R. U. Malmesbury' which was the dedicated branch van from the late 1930s into the 1950s. There’s also a generic version included which has a selection of typical numbers that will automatically be generated when placed. A Guard’s view is available and will switch you to a view from the veranda - useful when propelling a train as well as giving you a nice view of the scenery!

Note: Malmesbury Branch also requires the Riviera Line in the Fifties add-on (available to purchase from Steam) to work correctly.

If you purchased Train Simulator after 20th September 2012 then you will require the European Loco & Asset Pack (available to purchase via Steam) for the route to display correctly.