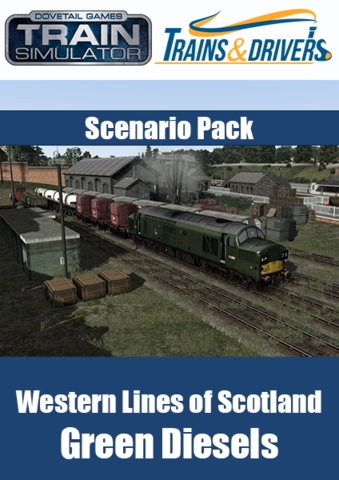 Seven scenarios for the Western Lines of Scotland Route Add-On for Train Simulator. At the beginning 1960, the first generation diesel units took over most of the steam engines jobs, so in Scotland and all over the UK. The Port Road unfortunately was closed before the diesels could replace the steamers so it was an uncommon sight to see diesel hauled trains on this scottish route. But our add-on lets you experience this wonderful rail section through the cab of the early diesels.