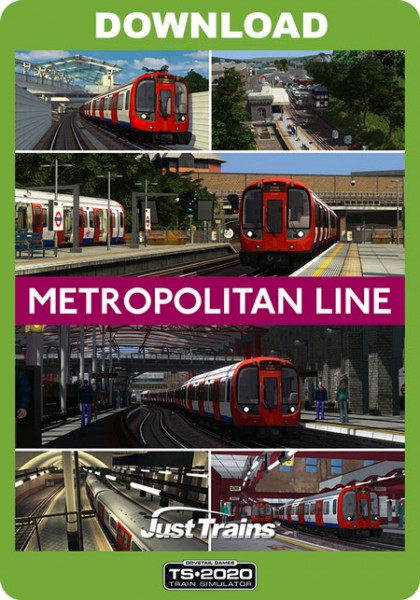 The London Underground Metropolitan line runs from the busy heart of the City of London at Aldgate up to leafy Amersham in Buckinghamshire. The contrast between the two ends of the route is stark! Moving out from the sub-surface section north of Finchley Road, you drive through the urban area of West London and eventually drive into the countryside past Harrow-on-the-Hill station. Driving further, you have the option of branching left to see the Art Deco terminus of Uxbridge, turning north further up the line onto the branch line to Watford or, further still, experiencing the countryside on the beautiful branch to Chesham. The line terminates at Amersham in the north.