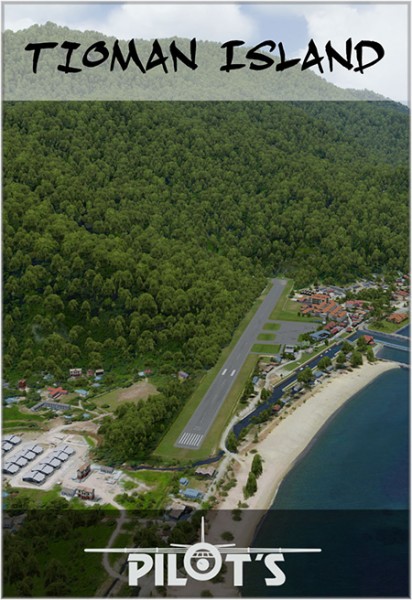 Tioman Island - A pearl in the South China Sea, just off the Malaysian Coast and around 150 km north of Singapore. Peaceful and idyllic ... one would think. When it comes to flying into Tioman, however, things get interesting ... very interesting!

Forbes lists this airport as being among one of the most dangerous in the world. This is due to the very unique "Checkerboard" approach, which gives the pilot flying the approach visual guidance towards the airport and the final turn to Runway 20. Once the pilot has committed to land his aircraft on Runway 20, there is no possibility of performing a go-around due to the steep terrain surrounding the airport, particularly the high rise in terrain elevation at the end of Runway 20. This makes the approach into Tioman Airport inherently dangerous!

Conclusion by Mutley's Hangar.com:
"This is a small airport in an out of the way location, and some might be inclined to dismiss it on that basis. But much of the value in this scenery is in the setting: a wild jungle island full of wildlife, with a challenging approach and some stunning scenery. It may not be busy, but only the best can land there! "