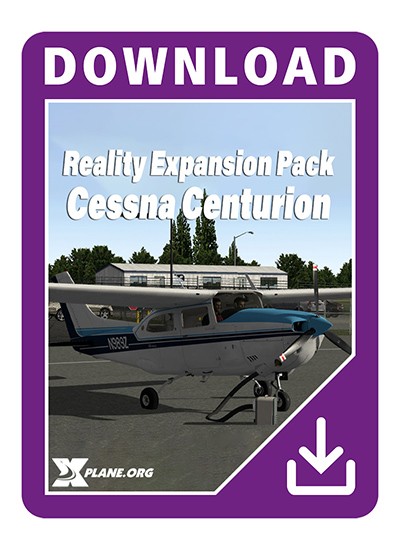 This Add-on is an expansion for Carenados CT210M Centurion II for X-Plane 10. It makes your flight experience  even more realistic by using a new engine and gives you many new special features.

The CT210M Centurion II (XP10) by Carenado is required for this add-on. It will not work on other Aircraft.

Realistic airplane systems
This software simulates almost all the on-board systems that you may find in the real Cessna 210.
Among the other systems, this software includes a realistic simulation of the engine in all its parts,oil system included.

Ultra Realistic Flight Dynamics
The native flight dynamics are tweaked and a custom flight dynamics engine is replacing part of the internal X-Plane engine in order to enhance the realism of the simulation. This provides realistic speeds and fuel consumption at every power setting and the correct drag during the landing gear  operation. Also, the aircraft needs the correct distances to takeoff and land and reaches the correct vertical speed during climb.

Weight & Balance tool
Thanks to the W&B tool, you can load your airplane in the most realistic way, checking that the plane's weight and center of gravity are within limits. The changes affect the way the airplane flies.

Living Airplane
The airplane saves its state and restore it when you restart the simulator.
For example, after loading your airplane into X-Plane, it will have a warm engine depending on how much time has passed from the last session.

Maintenance Tool
You can perform the maintenance of your aircraft using the included maintenance tool (also called Hangar View) by changing the oil, checking the cylinders status, recharging the battery and many other actions.

Realistic sounds set
Feel the wind flowing around the fuselage, the landing wheels screech during an hard landing, the brakes squeaking and many more. The included sounds are recorded on-board a real aircraft.

Damages System
If you are a reckless flier you will experience many failures based on the real Pilot's Operating Handbook. The software will also teach you how to avoid those failures through many custom messages that may be shown during the flight.