The MRCE ES 64 U2 ‘Taurus’ is a new generation high performance electric locomotive built by Siemens between 2000 and 2008, and part of the second generation of Eurosprinter locomotives built by the company. The first prototype ES 64 was built in 1992, although it was some years later that the Class become more widespread on the European network.

A number of variations of the locomotive have been built and fitted since its introduction, each with their own designation to freight and/or passenger operations, and power systems supported – ‘ES’ stands for Eurosprinter (its locomotive family name), ‘64’ to the 6,400kw power at rail rating, ‘U’ to its universal ability to haul passenger and freight trains, and ‘2’ for the number of electric power systems supported.

The locomotive is also Quick Drive compatible, giving you the freedom to drive the MRCE ES 64 U2 ‘Taurus’ on any Quick Drive enabled route for Train Simulator, such as those available through Steam. Also included are scenarios specifically for the Hamburg-Hanover route.

Add-on's required (optional to play the scenarios):
Hamburg - Hanover Route (if not included in your Train Simulator version) 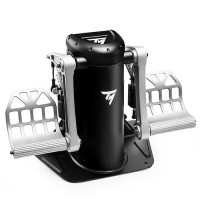