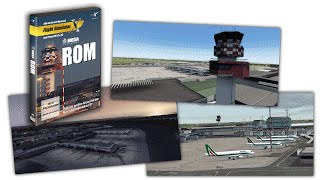 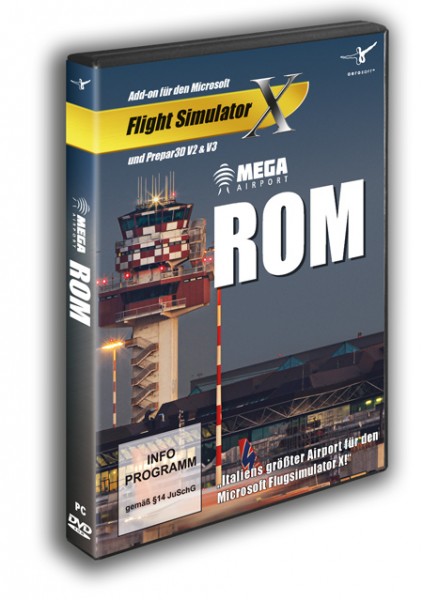 L'Aeroporto di Roma-Fiumicino "Leonardo da Vinci" - this new Mega Airport not only sounds like "La Dolce Vita", it takes you right into the heart of Italy and into the "Eternal City"!

The perfect rendition of the eight-largest airport in Europe comes with custom objects for the capital airport. High resolution ground textures, night lighting and realistic shadows help establish a faithfully developed scenery for FSX and P3D. Adding to that, AESLite is included for active ground vehicle traffic.

The Airport Rome-Fiumicino looks back to a lively past. Originally planned from 1939, the project was abandoned due to the Second World War. In 1947, construction began anew, but it dragged on for 13 years. The airport was officially inaugurated in 1960. The following decades saw several new boarding bridges and piers being added, until the connected, semicircular terminal building of today was finished.

Conclusion by SimReviews.com:
"It’s great to be able to add Fiumicino to the sim, because it’s a place from where you can get to some interesting destinations. At first I was a bit disappointed by the grey look of the airport and the small amount of details and objects on the airside. The public side of the airport has a lot more interesting things to look at. Overall it’s a nice add-on for the simmers that likes to do a long haul flight to or from Rome. For € 25,99 You get a large airport that adds realism to your sim. A little more attention to details on the ‘air side’ of this airport would have been nice. The most interesting things can be found on the terminal side of it and that’s not the place you park your aircraft."

Conclusion by fselite.net:
"Having said all that, is this scenery worth the price and would I purchase it again if I had the choice? Yes. The patchwork placement of the city objects aside, and that being my personal opinion, I understand why MK-Studio did this, after all VAS usage and FPS are two of the major issues with scenery packages, they have created an amazing piece of scenery. The night lighting is great, the price is right and the total package works. The documentation you get with this addon is above the normal and a breath of fresh air. I wish all scenery packages added this much to their packages. If you are looking for a great product at a reasonable price point than look no further than MK-Studios/Aerosoft Rome."

Conclusion by FlightSim.com:
"To conclude, I have to say that Aerosoft's Mega Airport Rome been a fantastic piece of scenery to explore and I can't wait to do some more flights from this location! I will be awarding this scenery a rating of 9/10 as it performs great, both in the daytime and during the night (even in bad weather)."

Owners of the previous version "Mega Airport Rom" for FS2004 have the possibility to use our cost saving upgrade service: 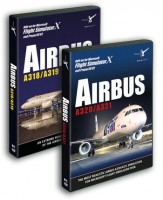