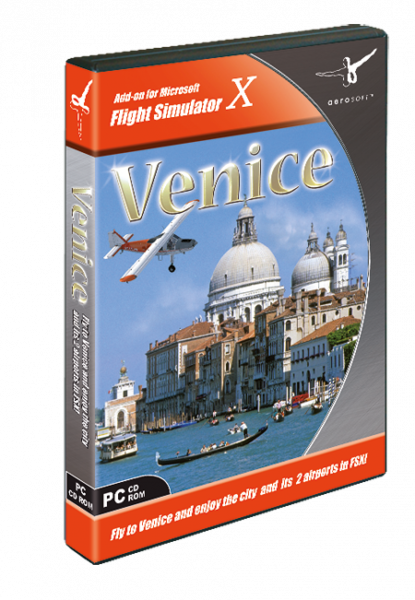 Description Matériel requis
Description
For some customers this will be the third version of Venice they will buy and all of these...plus
Fermer menu
Informations sur le produit "Venedig X"

For some customers this will be the third version of Venice they will buy and all of these versions were done by Andras Kozma, one of our favourite developers. He will bring his unique style and superb feel for colours and shapes to Venice X.

Venice is perhaps the best known international historic city and everybody has a mental image of this city. The canals with the many boats, the famous bridges and the palazzos bordering on the water. Many have seen documentaries about the city and its struggle against the rising water. But when you fly into Tessera airport you also see the beauty of the total lagoon, with its marshes and the ever changing water. From Tessera it is just a small train ride to the old city. So why don't you follow the hundreds of thousand other visitors and fly to Tessera and explore Venice X.

Andras Kozma, a renowned and often awarded scenery developer has created Venice and its two airports with the utmost of care (and patience, we never had a scenery project that took so many hours) using all the options that FSX has to offer. The new texture options and certainly the much better water effects make it possible to bring Venice to Flight Simulator as never before.

Although almost any building is done and the 3d effect of the city is unlike anything you ever seen in FSX it is possible to maintain 20 fps without too much problem. And even at 20 fps the full 3d city remains loaded, reducing the nasty popup effect that is often used to get good framerates. Even at ground level the level of detail remains so good that even using a simulated boat (you will find many on the internet) is a good option.

The scenery also works in P3D v4.3 – Here you can find installation notes (only in German).