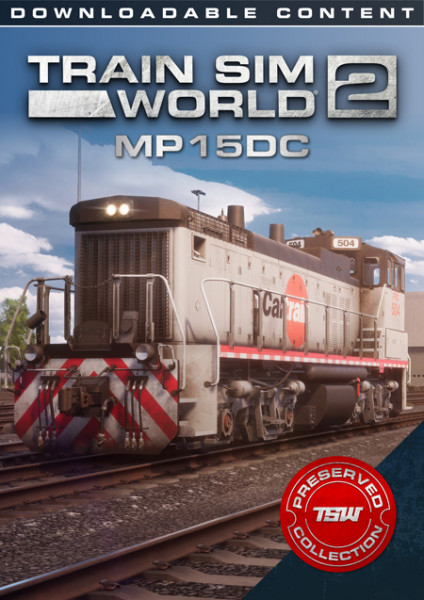 The MP15DC is a multi-purpose locomotive build in the traditional “end cab” design of diesel switchers but equipped with trucks capable of mainline service. Constructed by Electro-Motive (EMD) from 1974 through 1980, the MP15DC is a four-axle (B-B), 1,500-horsepower (1119 kW) locomotive powered by an EMD 12-cylinder 645-series engine and employing a D.C. generator. A total of 351 MP15s were constructed.

Dressed in Caltrain’s colorful livery, the TSW MP15DC is a superb re-creation of the distinctive locomotive and features exacting details, fully interactive and realistic controls, and true-to-life performance. And you’ll have the opportunity to put the Caltrain MP15DC through its paces in a variety of authentic duties ranging from switching and train make-up duties at the railroad’s San Jose shop facilities to handling heavy-tonnage work trains on the main line to coming to the rescue of failed commuter trains!

Please note: Peninsula Corridor: San Francisco - San Jose Route Add-On is required, as a separate purchase, in order to utilise the content featured in this add-on.