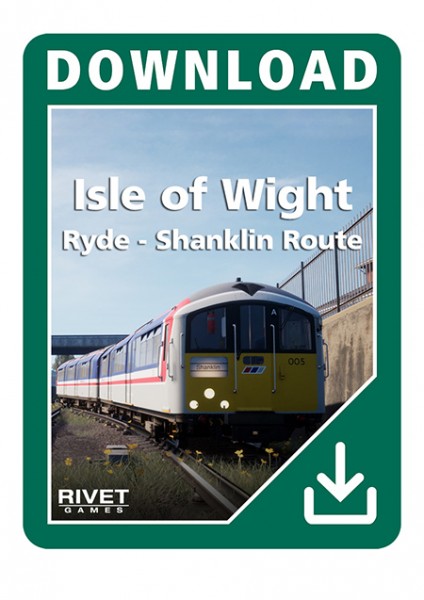 Experience one of the most unique railway lines in England and climb aboard the country’s oldest operational rolling stock with Rivet Games’ Train Sim World 2: Isle of Wight.

It’s your job to operate Ryde Rail services along the Island Line, the remaining portion of the rail network found on the Isle of Wight. Manage the complexities of keeping to the timetable, including while operating on single track sections. Whether you’re driving, riding along or watching the action, experience all the sights and sounds of a most unique railway line.

Take control of the oldest traction in revenue earning service in Britain, the veteran BR Class 483, which started life on the London Underground as 1938 Stock. Operating on the Island Line since 1989, this reworked ex-tube stock was chosen for the line as standard mainline stock is too tall to fit through the Ryde Tunnel. Featuring authentic DC Camshaft EMU simulation underpinned with expert technical knowledge and real-world data, the performance, sounds and feel has been accurately reproduced.

Train Sim World 2: Isle of Wight caters for players of all ability levels with accessible training for beginners and advanced procedures for experts. Whether you're looking to get started driving trains or refreshing your expert knowledge, Train Sim World 2 has it covered. Feel the detail as you step into the cab, take control then live out your dreams exploring the highly detailed and immersive environment of the Island Line.

Choose how you want to play in Train Sim World 2: Isle of Wight. Take control of the classic BR Class 483, running up and down to connect island dwellers together, or be a passenger yourself and take in the refreshed décor of Network SouthEast. Create your own experiences with the Scenario Planner and Livery Designer, or simply watch all the action unfold and capture amazing screenshots or go exploring and complete all the Route Tasks. Whatever you choose to do, there's lots to see and experience in Train Sim World 2: Isle of Wight.