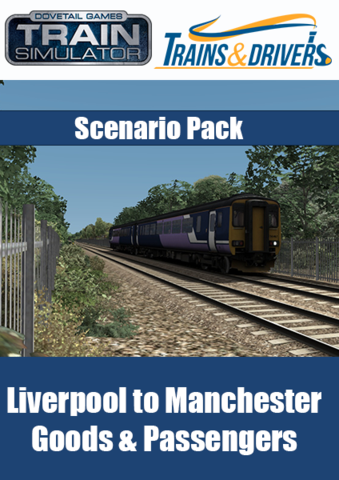 Seven highly realistic Trains and Drivers scenarios for the Liverpool - Manchester Route for Train Simulator by Dovetail Games. This scenario pack was created with help of an UK train guard, so you can expect scenarios with prototypical timetables featuring realistic situations like delays, diverging signals, train failures, construction sites and more. These scenarios will force you to keep your eye open and to perform perfect brake manouvers, otherwise you might be too late and you will have to report your delay to dispatch. You will also take control of freight trains and do some shunting work at night.