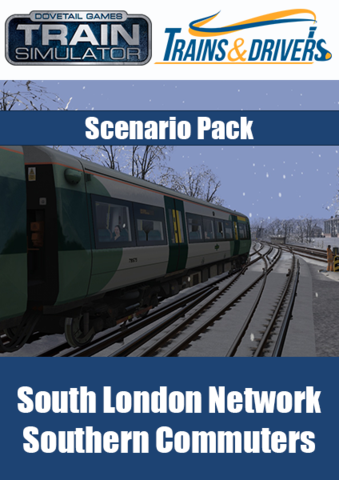 Our first scenario pack for the South London Network Route Add-On brings you eight scenarios with stunning realism according to real-world timetables. You will drive commuter trains, diverted express trains and you will experience different challenging situations like temporary speed restrictions, storm hazards, power failures and of course, the tight timetable on this busy line. Weave your way through divertions, adversing signals and follow the signalman´s advices to stay in time. All eight scenarios are unique and you will need all your talent to master them. This pack needs a larger amount of DLCs than other packs, but you will get very realistic AI traffic with a stunning amount  and variety of trains in each scenario.