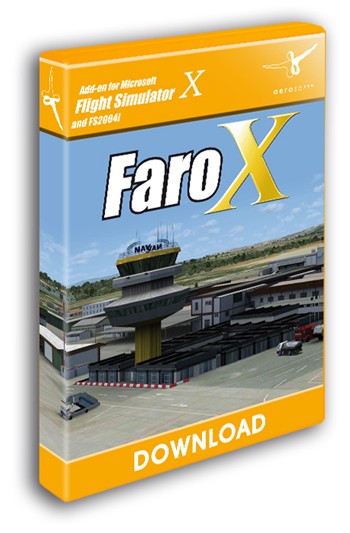 Countless details, various scenery effects and many custom designed objects for this airport create a fantastic atmosphere. Landclass files for the surrounding area ensure a smooth blend into the default scenery of FSX.

*As a bonus this package includes the airport "LTU 2005 - Faro" for FS2004. Please note not all mentioned features above are included in the FS2004 version.

Note: This airport is part of the "Holiday Airports 1" package covering the airports Antalya, Faro, Kos and Monastir.

Conclusion by Avsim.com:
"Faro X and Kos X are both nicely rendered airports. From what I saw at both airports they shared similar libraries (meaning that I saw the same items at both airports), but at the same time both airports are very different. If you have Santorini X, Kos X is only a short flight away in which you can carry a few passengers across in your JS41 or explore the island in depth in a Piper Cub or a similar smaller aircraft. The asking price for both these add-ons is around $20USD, which in my opinion, is a fair asking price for what you get. The airports will not be the most detailed you have seen, but they are a major step up from the default airports. I will continue to use both of these airports for future flights."

Conclusion by simFlight.com:
"Being from Canada this was a destination that I probably would not have considered flying to only because it is not an airport that I was familiar with. Thanks to the folks at Aerosoft and this great rendition of Faro I will now count this as one airport that will see me on a regular basis as I continue to explore and fly around the region. I highly recommend this airport for anyone who is looking for a new destination. It is easy on the frame rates while giving you plenty to see from any angle." 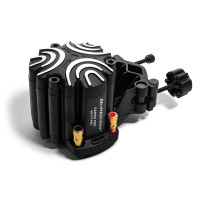