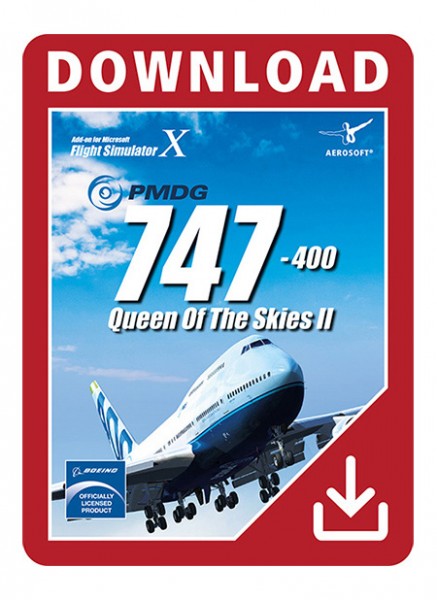 Descrizione Requisiti di sistema
Descrizione
The most iconic silhouette in aviation. PMDG is proud to present a new simulation of the Queen... altro
Chiudi menu
Informazione prodotto "PMDG 747-400 V3 Queen of the Skies II for FSX"

Microsoft Flight Simulator X (SP2) or FSX: Steam Edition
Windows 7 64-bit (older OSes such as Windows XP may work, but we cannot guarantee compatibility or support)
Dual Core, 2.5 GHz or faster
4 GB of RAM
Video card with at least 1 GB of VRAM, DirectX 9 compatible Nvidia or ATI card (Onboard motherboard or CPU video is not supported, some of the newer Intel designs may work but we cannot guarantee compatibility)