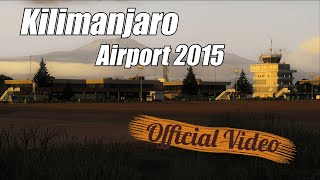 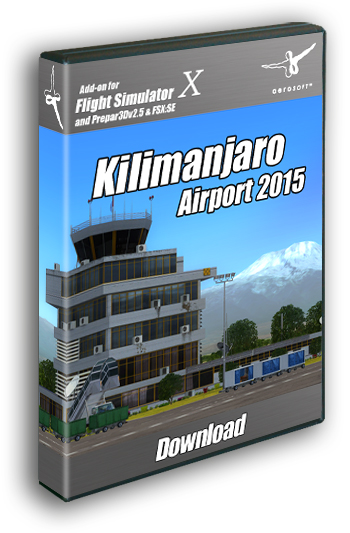 Kilimanjaro Airport covers the airport and the immediate surrounding but also includes detailed models of Mount Kilimanjaro and Mount Meru because they dominate the area. Kilimanjaro airport is the starting point for safaris in the surrounding national parks and a destination for major airlines like KLM, Condor, Turkish Airlines and Qatar Airlines.

It’s an idea destination for long range flights but also as a stop when you fly between Europe and South Africa!

As the surrounding area is rather bare we were able to make this a very dense airport with thousands of small details and animations. The innovative use of 4K textures makes a big visual difference without causing low fps or out of memory errors.

Conclusion by C-Aviation.net:
"It is a nice scenery and I would like to recommend it. In spite of this lousy fsx-african surroundings – I find myself attracted to this airport and I fly here often since I have this scenery. I even started looking for some sceneries nearby to fly to. I like most features of this scenery. I do not like one (taxiway markings). I do not care that much about the mesh (it is not a mountainous airport) and other minor mistakes. 4 stars is not an average of my ratings. It is a global rating for the scenery."