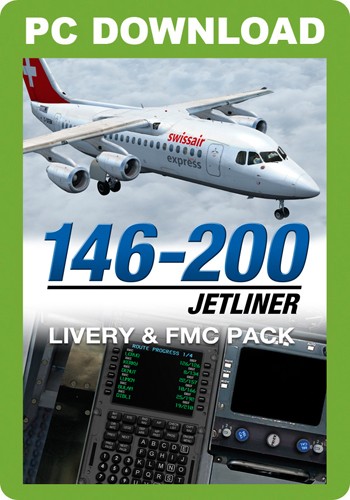 Descrizione Requisiti di sistema
Descrizione
If you own the Just Flight 146-200 Jetliner you can expand your fleet with these 14 finely... altro
Chiudi menu
Informazione prodotto "146-200 Jetliner - Livery & FMC Expansion Pack"