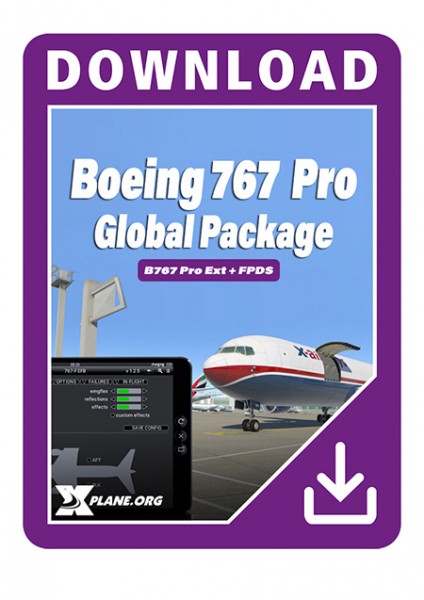 The Global Package is the most comprehensive Boeing 767 Professional package and includes:

The Boeing 767 Professional Extended package includes 3 variants of the 767:

The Boeing 767 is part of the Professional Series, the most in-depth airliner for X-Plane, period! Systems depth, the most important aspect of flight simulation - are taken to a whole new level. Brought to you by a team of professional coders, designers and pilots with years of experience in X-Plane.