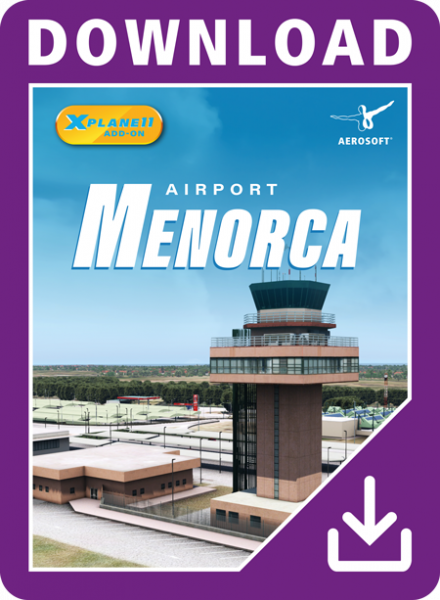 The popular holiday island Menorca is now also available for X-Plane 11. The current aerial images come in a resolution of 50cm/pixel down to 25cm/pixel in the airport area.

The ground markings, markings and lighting are up to date, as well as the state of development of Menorca Airport of 2016. Highly detailed, animated jetways are implemented using SAM. The mesh was also adapted in the airport area in order to remain as closes as possible to reality. An Ortho4XP patch is also included to match the mesh.