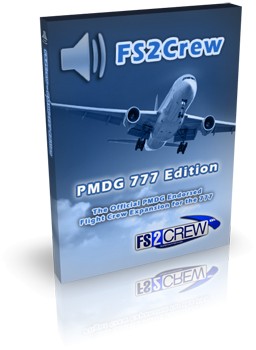 This product adds a highly realistic flight, cabin and ground crew to the PMDG 777, and allows users to simulate real-world airline multi-crew flying from the perspective of the Captain and Pilot Flying.

The 'official' PMDG endorsed 777 Flight Crew Expansion Pack! Includes "voice" and "button" control in one package! Users can interface with the simulation using their microphone or joystick and keyboard buttons.