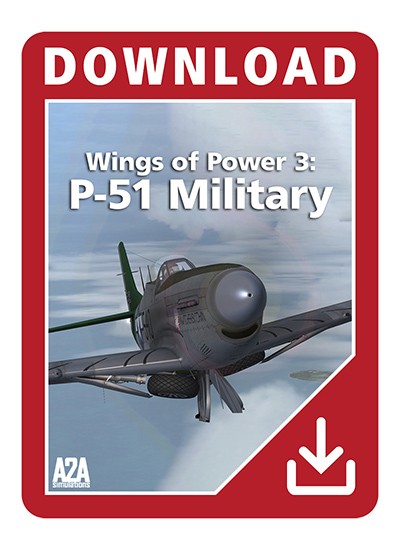 Description System requirements
Description
Instead, NAA counter offered that they could produce a superior aeroplane to the P-40 and agreed... more
Close menu
Product information "Wings of Power 3: P-51 Military"

Instead, NAA counter offered that they could produce a superior aeroplane to the P-40 and agreed to do it in 120 days. 102 days later the first Mustang airframe was completed, and 47 days after that the first Mustang flew. It went on to serve in every theatre of the War and in every Allied air force. A total of 16,766 were built, making it the most numerous American fighter aircraft. Because of the great care and attention to aerodynamic detail that went into its brilliant design, the Mustang was, from its inception, one of the fastest single-engine piston aeroplanes of the W.W. II era.