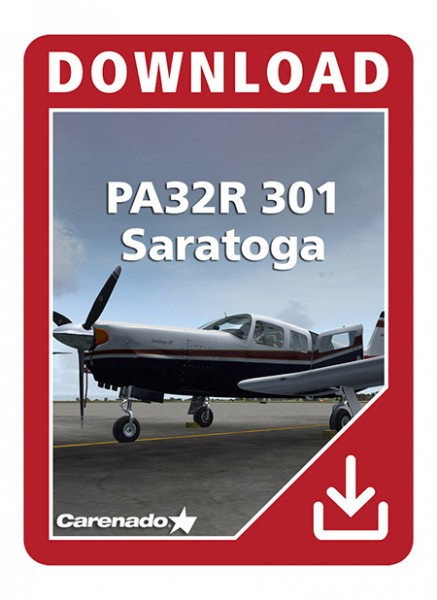 Description System requirements
Description
The Carenado line of aircraft for FSX has been well acclaimed by users and reviewers for many... more
Close menu
Product information "Carenado - PA32R 301 Saratoga (FSX)"