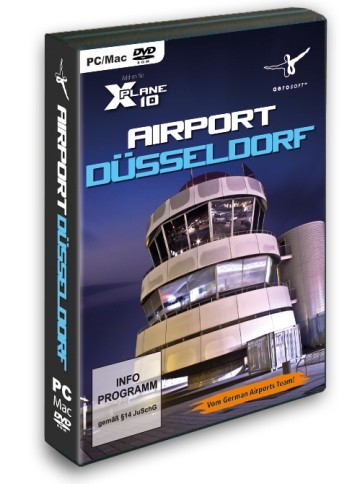 The Airport Dusseldorf by the German Airports team is now available. Germany´s third ranking international Airport with two parallel runways is the largest and primary airport for the Rhine-Ruhr metropolitan region - the largest metropolitan region in Germany. With 107 aircraft parking positions available it also is equipped to handle the A380. Germany´s top carriers Lufthansa and Air Berlin use this airport as one of their hubs.

The airport Dusseldorf comes as an absolute realistic 3D model for X-Plane 10 in its actual real world state. Based on an aerial image from 2012 it contains all buildings and objects. It also incorporates the new taxiway layout. All textures come in high resolution.