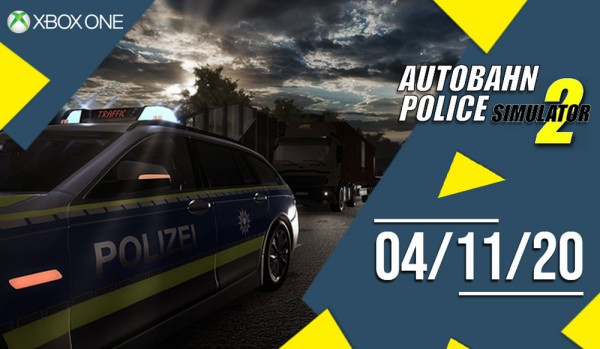 The tasks cover the entire spectrum of police work. In addition to simple traffic controls or recording minor to fatal accidents, players can also expect wild high-speed chases. As the game progresses, you can expand your own police station, which gives you access to new possibilities and tasks.

In addition to a " free-play" mode, in which the missions are selected randomly, Autobahn Police Simulator 2 offers for the first time an elaborately staged and fully soundtracked story campaign including film sequences.

We are happy to be able to publish another console title for you and are already looking forward to the release!
The Autobahn Police Simulator 2 for the Xbox will be available for pre-order next week!