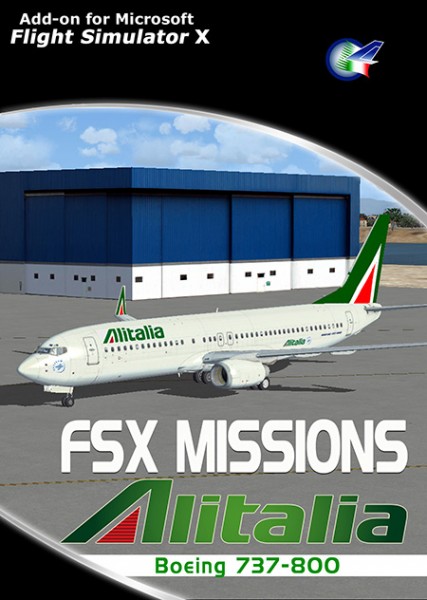 Alitalia – Società Aerea Italiana (Alitalia – Italian Air Company), operating as Alitalia, is the flag carrier of Italy. The company has its head office in Fiumicino, Rome, Italy. Its main hub is Leonardo da Vinci-Fiumicino Airport, Rome, and a secondary is Linate Airport, Milan. Other focus airports are Catania-Fontanarossa Airport, Milan-Malpensa, Palermo and Naples Capodichino. In 2014, it was the eleventh-largest airline in Europe. The name “Alitalia” is an Italian portmanteau of the words ali (wings), and Italia (Italy).

The package, designed by Perfect Flight to work with all versions of Flight Simulator X, recreates some short  and middle-range flights covered by the Boeing 737-800 Alitalia and adds more value and enjoyment to your desktop simulation experience.