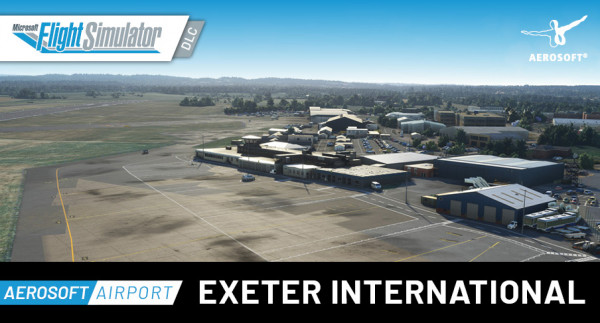 About 5 miles from Exeter city center is the city airport, Exeter Airport. The airport was opened in 1937 but was subsequently taken over by the Royal Air Force during the Second World War due to its strategic location. It was first handed over to the Civil Aviation Ministry after the end of the war in 1947.

The airport has a 2083-meter-long runway, which is more than sufficient even for larger aircraft types. Start your simulated holiday flight to Spain or Greece or fly a shorter connection to Edinburgh or St Mary's with the Twin Otter.

Conclusion by Foxtrot Ostrich on behalf of FlightSim.com: