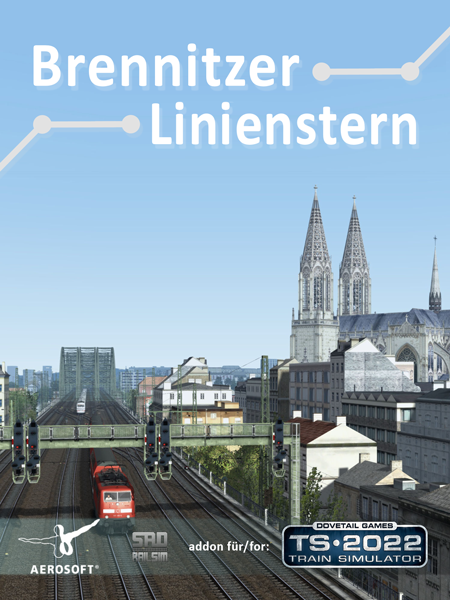 After the work on the expansion of "Im Köblitzer Bergland Reloaded" was completed, the developers Siegfried Derks and Roman Glos are fully concentrating on the completion of the add-on Brennitzer Linienstern.

In terms of signaling technology, the latest versions of the signaling team's HV and Ks signaling systems were integrated in the current version, as well as semaphore signals from the RLB team.

The system from virtual Railroads, Schienenbus and TrainTeamBerlin ensure a reliable PZB and speed check sections. Wherever necessary, 500, 1000 and 2000 Hz magnets have been installed.

Geographically located somewhere in West Germany, the developers have been able to do one thing above all in many years of work: to build a fantasy route that seems to be right in the middle of reality - somewhere here in Germany.

Experience the hustle and bustle of the big city and ride an S-Bahn with a length of approx. 40 km with frequent stops until you arrive at Kortensheim Plärrer.

Experience many challenges on the electrified main line: unbarred level crossings, functional level crossings where disruptions are also possible, as well as changes in gradient and speed will demand your full attention.

With a modern regional express journey, you are required to stay on schedule and still obey all signals. In this add-on you will get to know all facets of railway operations.

In order to increase the realism, station and train announcements as well as train destination displays were installed in the scenarios, and a new, improved weather system was used. The included Quick Drive scenarios are also equipped with announcements.

The rolling stock was contributed by Virtual Railroads and TrainTeamBerlin: