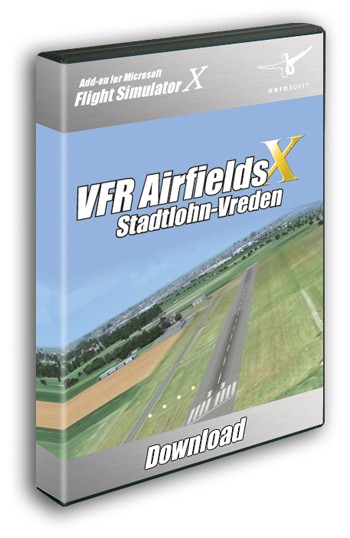 About the airfield
Stadtlohn-Vreden is an important GA and commercial airfield close to the Dutch border. The scenery includes the new 2009 runway extension from 980 to 1200 meters length and from 20 to 30 meters width.