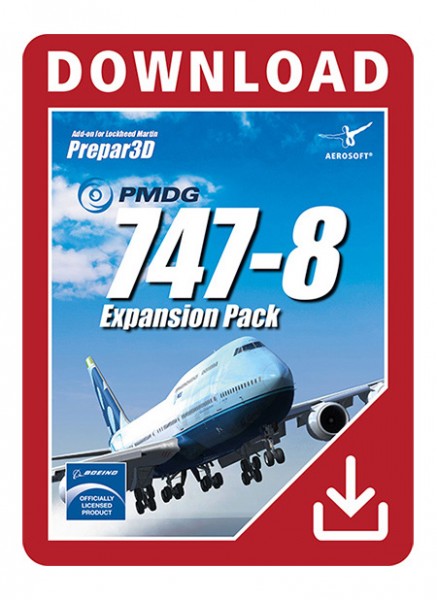 We have included both the -8 passenger and -8F Freighter variant in this single package. No less than 35 pages of detailed options from the world's 747-8 fleets are modelled. From the highly visible ones like antenna types and position all the way to obscure cockpit display and FMC options that real-world crews will recognize, it is the most complete set of options ever placed into an P3D addon aircraft.

We generally do not recommend customers installing the new version over-top of an older version.