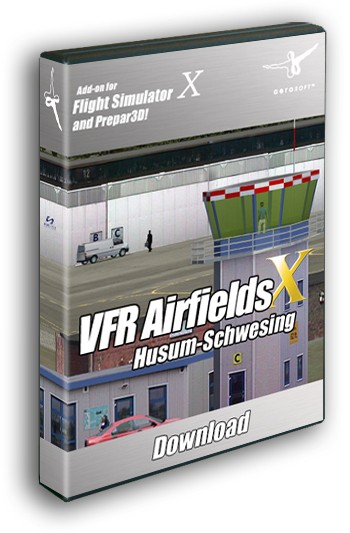 The "VFR Airfields" is a series of smaller and medium sized airfields created by experienced developers. Some of the airfields have been extracted from the well-known "German Airfield" packages, that you can purchase individually now (without having to buy the whole package). Others are completely new developments.

About the airfield:
Formally a Cold War NATO airfield this would be a rather standard airport if it wouldn’t be for that fence crossing the middle of the runway. Only the south west section of the airport is available to the general aviation community and the rest of the airport remains a Luftwaffe base. The fence separates the two sections and when you land you might be slightly confused. Before landing there the first time it is highly recommended that you fly over the airfield to evaluate the situation and to get a better idea of where the fence is located so you don’t touch down at the wrong side of it. Please do not take pictures of the military section, the whole airfield there was actually not included on aviation charts until a few years ago!