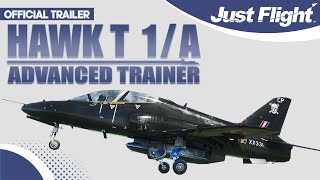 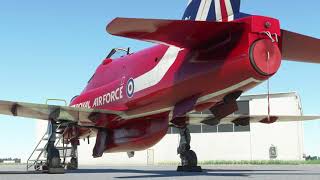 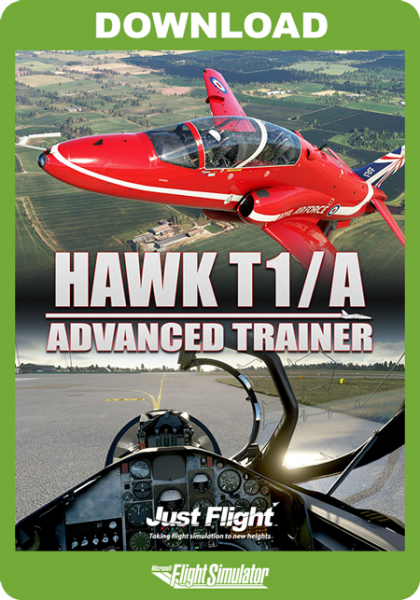 This highly detailed simulation of the Hawk T1/A Advanced Trainer for Microsoft Flight Simulator has been developed by Just Flight's in-house development team after hands-on research with a real-life ex-RAF and ETPS Hawk T1.

The Hawk T1 is a British-built single engine jet trainer with a two-man tandem cockpit. First flown in 1974, the Hawk has served as an advanced training aircraft for nearly 40 years.

Over 200 separate sound effects provide accurate audible feedback as you interact with the aircraft:

Liveries:
The Hawk T1 is supplied in the following 14 paint schemes:

Note: This add-on features weapons which will NOT be included in the version available from the MSFS Marketplace.