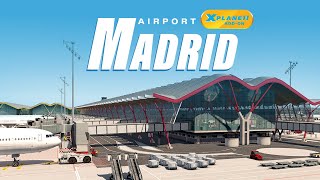 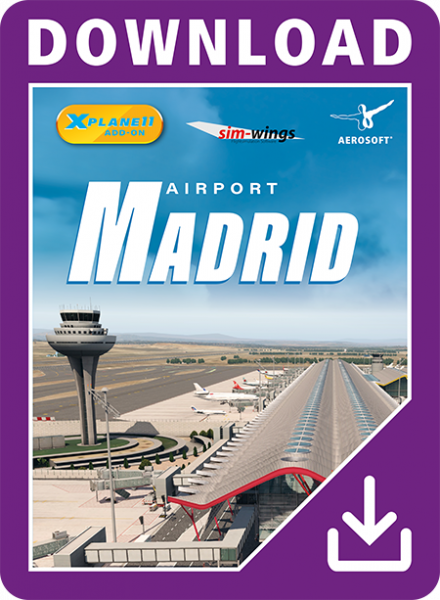 Sim-wings presents the Airport Madrid with all buildings and service facilities for X-Plane 11. The aerial image covers a total surface of 400 km², and the detailed 3D models and animations bring the scenery to life.