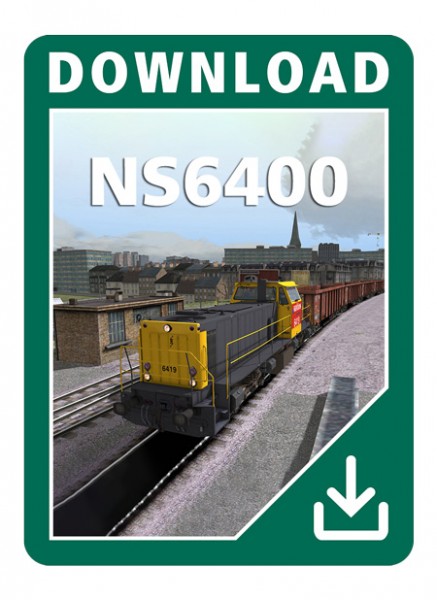 A reproduction of the Class 6400 locomotive can still be seen on Nederlandse Spoorwegen (Dutch national railways) network.

The NS 6400 is one of the MaK DE 6400 series of diesel-electric locomotives built by Maschinenbau Kiel (MaK), (later Vossloh) for the Nederlandse Spoorwegen (NS), for freight work. After the NS was split up in 1995, all the 6400's were transferred to NS Cargo (now: DB Schenker Rail). These engines are known in Germany as the "Baureihe 264". The engine is based on one of MaK's standard locomotive types - the DE 1002. They are longer than the stock type though because more room was needed for the ATB system and a helper diesel motor that can keep a parked locomotive fully charged as well as keeping the cooling water for the primary engine at working temperature. There is also more room needed for the bogies which are longer on the 6400 due to the use of tread brakes instead of disc brakes. The longer form factor means that the cab is also roomier in this type.