Following on from their award-winning Canberra PR9, Hawk T1/A Advanced Trainer and Tornado GR1, this highly detailed simulation of the Avro Vulcan B Mk. 2 has been developed by Just Flight's in-house team after comprehensive, hands-on research with a real-life Vulcan B Mk. 2, XM655, based at Wellesbourne Airfield.

The Vulcan B Mk2 is an iconic, four-engine, delta-wing strategic bomber which saw service in the UK during the Cold War. XM655, on which this product is based, was the third-from-last Vulcan to be produced for the Royal Air Force. It was delivered in 1964 and saw service as part of the UK’s nuclear deterrent force throughout the 60s and 70s. It is now being preserved by a team of volunteers at Wellesbourne Airfield.

The aircraft has been modelled to an exceptional level of detail and features a variety of 4096x4096 paint schemes covering its time in RAF service, realistic payloads (including Blue Steel, 1000lb bombs and bomb bay tanks) and ground equipment. The aircraft features a fully 3D virtual cockpit with smoothly animated 3D instruments and fully functioning custom-coded systems and avionics.

Liveries:
The Vulcan B Mk2 is supplied with eleven paint schemes covering its life in RAF service:

A Paint Kit (1.0 GB) is also available so you can create your own paint schemes. 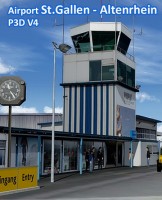