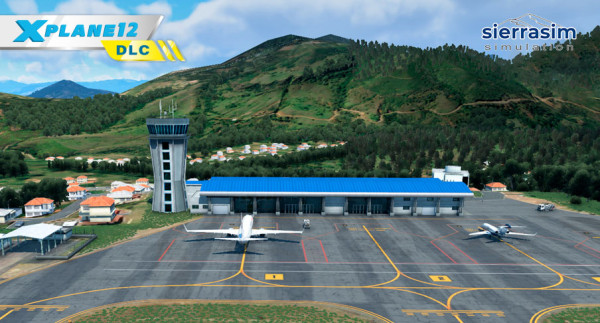 The airport's runway was built on a plateau of 50 meters because of the surrounding terrain. Due to this, many pilots refer to the airport as an aircraft carrier. The runway is also relatively short for the elevation of the airport.

The position of the runway means that it is often rendered useless, since in the presence of crosswinds, it prevents aircraft making a safe takeoff and landing. Crosswinds are common during the summer, particularly during the month of August.

FlightSim Studio - E-Jets 175
$39.99 *
Welcome to aerosoft.com!
We use cookies. Some of them are technically necessary (for example for the shopping cart), others help us improve our website and to offer you a better user experience.