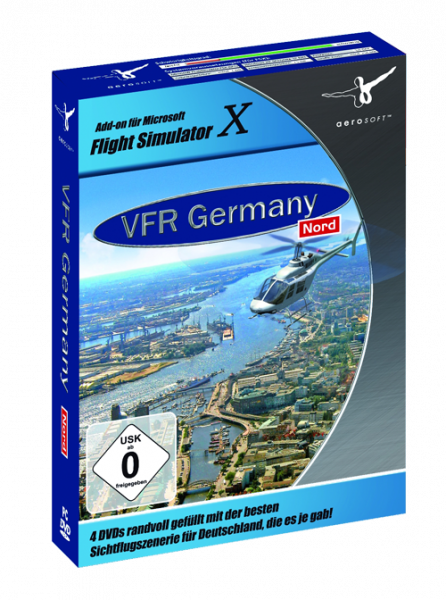 Since the first version of FS, simpilots dreamed about having large areas covered with high detail aerial images and having all buildings placed in the correct location. Well now we can show you that we got very close to that. Using totally new technology combining several databases this scenery offers the best representation of the terrain possible in FSX. No matter if you fly as low as 1000ft or at FL35!

This scenery series will impress you like no other before: The second part (North) brings you thousands of VFR objects and millions (yes, millions!) of exactly placed buildings placed on 90,000km² of aerial images!

Parts of the VFR Germany series:
(Click on the map to go to the product page) You're not sure if your desired area is included? Check it now in Google Earth using the following file!
>>Download KMZ-File<<

Google Earth is required for viewing this file. Download it for free here: http://earth.google.com/