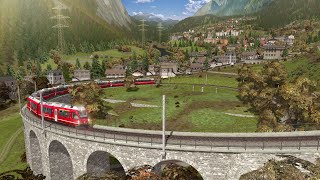 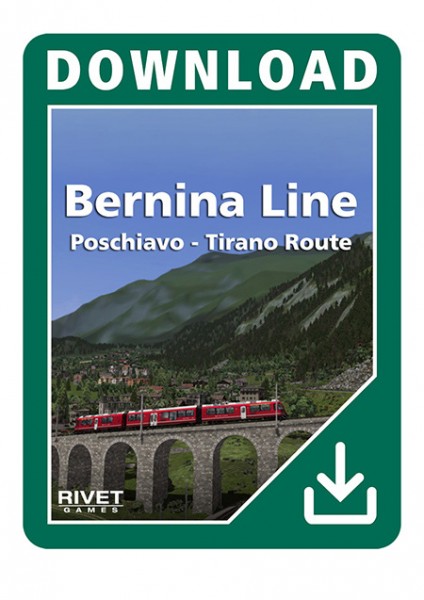 In 1904, the revolutionary Albula Line opened to traffic, stretching to the spa resort of St. Moritz and ensuring the continuation of railway connections in eastern Switzerland. It would only be open for about a year before discussions for another railway were taking place; a line that heads due south through the Bernina Valley, climbing to 2,253 m (7,392 ft) before beginning the descent towards the Swiss-Italian border.

The new route would be the most challenging yet, having to climb and fall within a set distance meant many breath-taking hairpin turns and some of the steepest gradients ever attempted by conventional rail were set to feature. The line opened in stages between 1908 and 1910 as an electric, single track railway, connecting Italy with Swiss railway network.

For the first few decades of its life, the Bernina Railway struggled to pay for itself after a costly construction, even tinkering on the bankruptcy line for some time. The line was rescued in 1943 following a takeover by the Rhaetian Railway (RhB), who upgraded the line quite substantially, including the re-model of the top of the pass, which was originally constructed for scenic purposes but was in avalanche danger zones.

Since then, the line has established itself as a major tourist route for those who seek stunning views and Alpine resorts, and has become home to the “Bernina Express” (BEX) which connects Chur, Davos and St. Moritz to the Pass, complete with bespoke panoramic coaches to provide the best possible views.

And thanks to the hard-working efforts of Rivet Games, you are able to take the famed Bernina Express to its Italian terminus, all while traversing the iconic Brusio spiral viaduct and running through the streets of Tirano in Train Simulator!