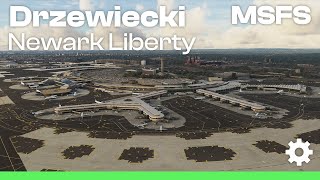 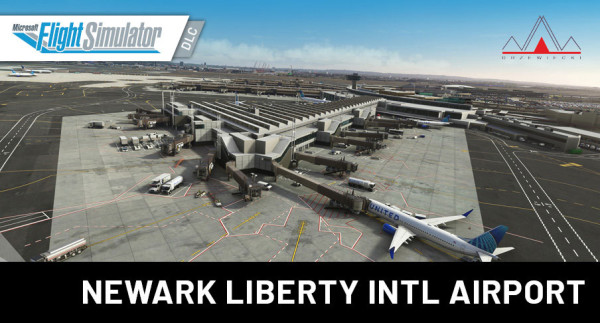 On August 3, 1927, Newark's mayor, Thomas Raymond ordered plans for a new airport as people and organizations began calling for a new airport in the area of Newark. Construction began on April 1, 1928. The airport opened on October 1, 1928, as the Newark Metropolitan Airport. It was the first major airport to serve the New York metropolitan area and the first airport in the United States with a paved airstrip.

The busiest domestic routes from Newark include Orlando, Los Angeles, and San Francisco while most popular international destinations are London, Tel Aviv, and Toronto. The main operators are United, JetBlue, Spirit Airlines, and American Airlines.

INSTALLATION
The product will be automatically added to Microsoft Flight Simulator. The installer may provide you with additional optional features during installation. To select different options, simply run the installer again.

COMPATIBILITY
This product is compatible with all Drzewiecki Design products, all ORBX products, and all Asobo products.

FeelThere - EDDS - Stuttgart Airport MSFS
$20.99 *
Welcome to aerosoft.com!
We use cookies. Some of them are technically necessary (for example for the shopping cart), others help us improve our website and to offer you a better user experience.