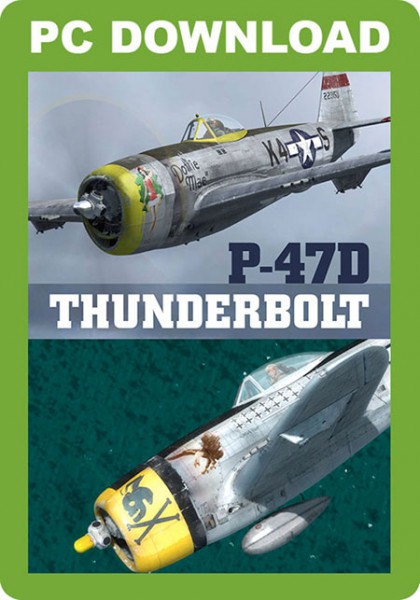 The P-47D (or the 'Jug' as it was affectionately known) was one of the heaviest fighters of World War II. This weight required a very powerful engine so the aircraft was fitted with the same engine that powered the Hellcat and the Vought Corsair - the Pratt and Whitney R2800. This highly detailed Aeroplane Heaven P-47D add-on is modelled after the initial P-47D-25 bubble top specification.