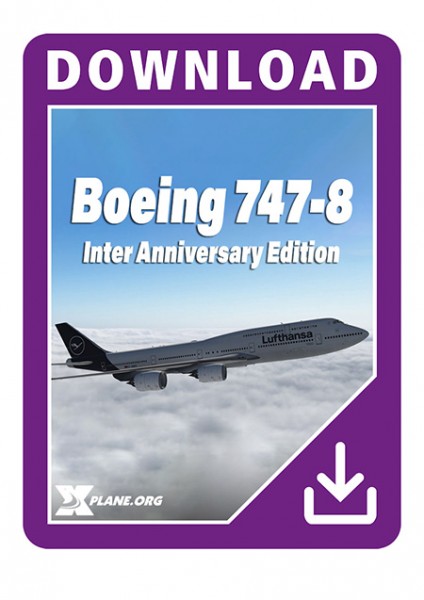 For the 50th Anniversary of the Boeing 747, SSG is proud to announce the release of its long awaited follow-on to the SSG 747-8 Series.

This is no mere update, in many ways it is a whole new aircraft, starting with the base model in Plane Maker working up to the 3D external model, 3D cockpit and systems/displays. It includes a new menu system using a tablet and a new sound set from Turbine Sound Studios (TSS). SSG is releasing the Intercontinental passenger version first and the Freighter will come later as a free upgrade for those who purchase the new version upon release.

Externals:
The entire external 3D model for v2 has been redone, including the following:

The textures for the entire aircraft have been redone to match the new model, along with decals for certain detailed areas, right down to most of the external placards, working closely with their technical advisors to ensure all the main details are present and that they have gotten them right.

If you purcahsed one of the parts "Inter Advanced, Freighter or Series" of SSG's Beoing 747-8 series at our Aerosoft Shop, you are entitled to a 40% uprade discount on the Boeing 747-8 Inter Anniversary Edition: