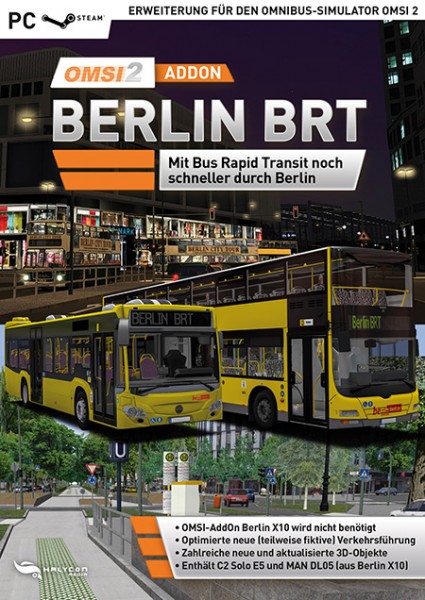 Description System requirements
Description
Let's imagine for a moment that we are city or traffic planners and that we can design an... more
Close menu
Product information "OMSI 2 Add-on Berlin BRT"

OMSI 2 Add-on Irisbus Family - Low Entry Buses
$17.99 *
Welcome to aerosoft.com!
We use cookies. Some of them are technically necessary (for example for the shopping cart), others help us improve our website and to offer you a better user experience.