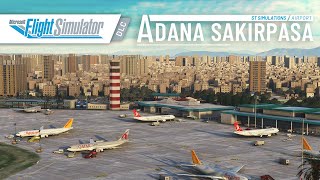 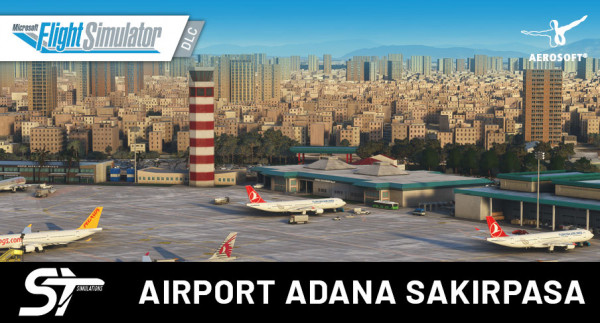 Adana Sakirpasa Airport (IATA: ADA, ICAO: LTAF) is a civil international airport located in Seyhan, Adana, one of the most crowded cities of Turkey, and serving large cities around it such as Mersin. With 5.1 million passengers in 2019, it is the sixth-busiest airport in Turkey.

Opened in 1937, Şakirpaşa Airport is the oldest airport in Turkey that is still in public service.

Seyhan River, with its magnificent view, passes through the middle of Adana city centre.

Serving as the gateway to Çukurova, Adana stretches across wide plains to the southeast of the Taurus Mountains. Attracting with its economy, tourism, culture and history, Adana will take an important place in your flights. There is Incirlik Air Base nearby.

The base, which is primarily used by the United States Air Force and the Turkish Air Force, is also used by the Royal Air Force.

While there are regular flights with Turkish Airlines, Anadolu Jet and Pegasus Airlines every day, also many airlines offer seasonal flights. Domestic flights provide passengers to the cities of Istanbul, Izmir, Ankara, Antalya, Trabzon and Van, while international flights are made to cities such as TRNC Nicosia, Düsseldorf, Saint Petersburg and Beirut.

Adana Şakirpaşa Airport has been adapted for Microsoft Flight Simulator with this add-on. Custom airport buses, vehicles and aircrafts are located statically, dozens of special 3D models have been designed.

Aerosoft Airport Chania
€20.12 *
Welcome to aerosoft.com!
We use cookies. Some of them are technically necessary (for example for the shopping cart), others help us improve our website and to offer you a better user experience.