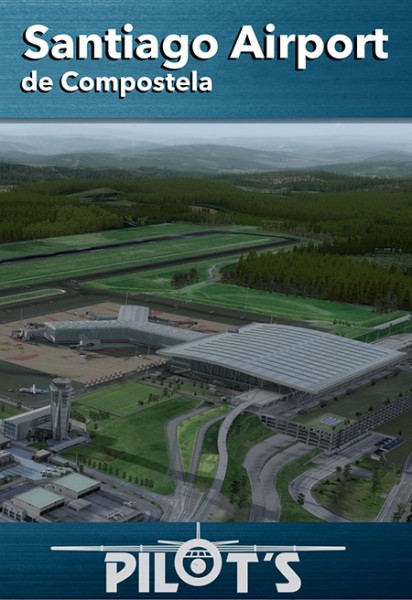 The city of Santiago de Compostela and its airport in stunning quality! Looks even better when used with our FS Global Ultimate - NG mesh (not required!). See the advantages of local scenery built into a HR mesh!

Passenger numbers (2,724,750 passengers in 2018) have grown considerably, having more than doubled since 2000, and it is no surprise that the international Santiago de Compostela airport is now the second busiest in Northern Spain after Bilbao Airport. Ryanair serves the highest number of routes out of Santiago de Compostela Airport, flying to 13 different destinations, with Vueling Airlines serving 10 European cities.

Santiago de Compostela Airport currently only has one terminal in operation, with the old terminal closing and all flight operations transferring to the new terminal on the night of 13 October 2011. The new terminal has been designed to handle up to 4 million passengers per year, and is expected to be expanded sometime in the future.