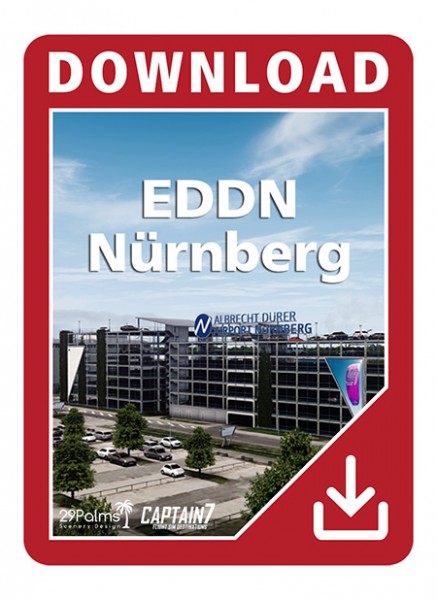 Over a development period of around 2.5 years, the two designers Volker Wegner and Lars Pinkenburg have rebuild all the buildings and facilities of the real airport on the basis of more than 1,000 photos taken on site with great attention to detail for the simulator. The airport environment was also modeled with great attention to detail and covers a total area of ​​around 55 km², with numerous characteristic buildings, traffic routes and terrain features, so that the depiction is extremely close to reality even during the approach and departure phases.

A special highlight of the scenery are the innumerable and newly developed vehicle and person animations, which contribute significantly to the realistic atmosphere at the airport. A lot of work was also put into the lifelike depiction of the taxiway and apron surfaces.

The scenery has been implemented using state-of-the-art - prepar3d native - design techniques which, despite the high model and texture complexity, enable a smooth framerate on current simulator PC hardware.

This product is only compatible with Lockheed Martin's Prepar3D V4 (and higher) and requires SODE!