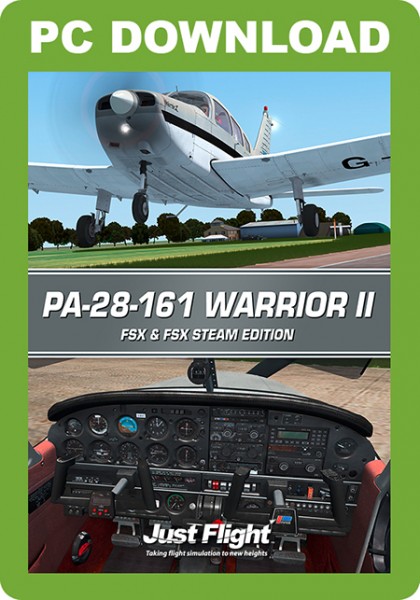 This edition of the PA-28-161 Warrior II is only for FSX and FSX: Steam Edition. The PA-28-161 Warrior II for FSX from Just Flight's in-house development team comes in seven paint schemes and features a truly 3D virtual cockpit with a fully functional and comprehensive IFR-capable avionics fit, custom-coded fuel and electrical systems, flight computer panel and a custom sound set from TSS.

This model is a four-seater, piston-engine aircraft equipped with a fixed tricycle landing gear, 160hp four-cylinder engine and fixed-pitch propeller – an ideal aircraft for touring and flight training.