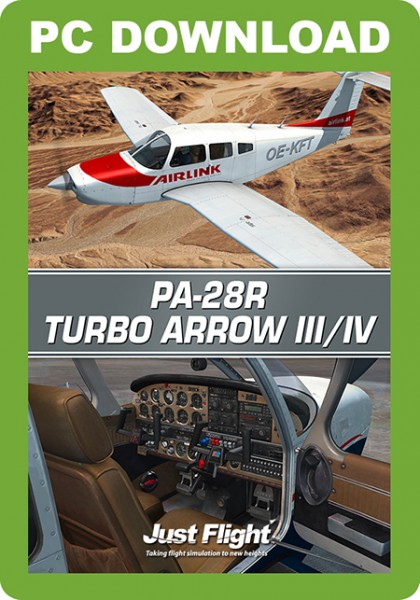 This Just Flight Arrow package for X-Plane 11 includes the turbo-powered Arrow III and the later Arrow IV model with its distinctive T-tail, each in five paint schemes and developed to take advantage of all the latest advances in X-Plane.

Just Flight, in partnership with Thranda Design, are proud to present the PA-28R Turbo Arrow III and Arrow IV for X-Plane 11.

Liveries:
The aircraft is supplied in ten paint schemes which can be swapped on the fly using a pop-up window.

The Turbo Arrow III is supplied in the following five paint schemes:

Purchaser of "PA-28R Arrow III (XP11)" in the Aerosoft Shop have the possibility to use our cost saving upgrade service: